Are Electromagnetic Fields Linked to Autism?

The spectacular rise in the incidence of autism—an increase of something like 1500% over the past twenty years[i]—has left parents, clinicians and researchers scratching their heads in bewilderment. Often-heard claims that increased awareness and recognition of the disorder account for this rapid rise seem naive at best. Something must be causing it. 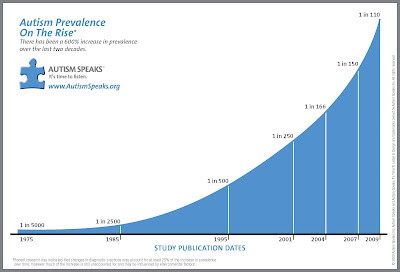 Because symptoms of autism most often develop in toddlers, suspicion has often fallen on childhood vaccinations, particularly the MMR vaccine (measles, mumps, rubella) and the use of the heavy metal mercury in vaccines. However, no one has managed to firmly establish a causality link between vaccine uptake and the development of autism.

In 2007, Mariea and Carlo[ii] proposed that our increased use of wireless technology may be a significant factor—along with other environmental factors and genetics—in this dramatic rise in the incidence of autism. It seems odd that few other researchers have followed this line of inquiry.

One who has is Swiss researcher Dr. Dietrich Klinghardt. In this interview, he talks about some of the work he is doing and the effects ambient electromagnetic radiation may have during pregnancy on the development of the unborn baby that may lead to autism.

Tamara Mariea, one of the researchers in the 2007 study mentioned above, works with autistic children. In a summary of her talk at a technology conference in 2006[iii] she describes how autistic children are particularly susceptible to stress caused by electromagnetic fields (EMFs) and are unable to detoxify the heavy metals that build up within their systems unless they are in an EMF-neutral environment. In her talk, she shares several success stories of significant improvement in autistic children following EMF and heavy metal detoxification.

I’d like to end this blog post with another video link, this to cardiologist Dr Sinatra speaking in 2011 on the relationship between wireless technology and learning disabilities such as autism and ADHD. He reminds us that autism frequency in North America today is an unprecedented 1 in 67 male births, a little over 1 in 100 for girls. He calls our growing passion for, and reliance on, wireless technology “The greatest experiment ever...You can’t see it, you can’t feel it, you can’t taste it [but] it is a silent killer.” He also notes that conventional medicine cannot recognize EMF damage because it has no biological markers, and conventional lab tests do not pick up the DNA damage. Watch.

I’ve also written two related posts on wireless modems (EMFs): my experience, and one on general EMF sensitivity which you may find of interest.