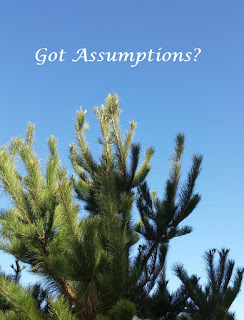 “Animal pests are a major threat to New Zealand’s native species. Controlling these pests is essential for the survival of our special native plants and animals,” writes the New Zealand Department of Conservation (DOC) on their website.

There are a few real-life examples where some native species have been encouraged to thrive in a pest-eradicated environment. Locally, Kapiti Island and Zealandia come to mind. In both cases, ongoing supervision is essential and vigilant, and the public are only allowed into these areas on a ticketed basis. These "successes" are “soft” science at best. And they are not self-sustaining, because these are islands (real and metaphorically), bastioned by man against the randomness of Nature.

On the other hand, studies like this one show invasive species (in this case, honeysuckle) can often be beneficial for both native fauna and plants, and should have us asking if removal of many invasive species is harmful rather than beneficial. This morning I noticed a whole flock of tiny native silver-eyes feasting on the flowers of a winter-blooming Australian bottlebrush, and I thought "These birds don't care if the plant is a foreigner--they're just grateful for the winter tucker."

In New Zealand, which is currently working on an initiative to become “predator free” by 2050, the idea is to completely eradicate some invasive animal species, defined as “pests” and “predators” (as if these two words were synonyms) from the entire country. In the direct firing line are rats, Australian brushtail possums, and stoats, with allowed/encouraged bykill of other animal pests including feral deer, goats, cats, and horses, plus hedgehogs, rabbits, even rainbow lorikeets (who have the audacity to be of Australian origin!).

In the plant department, pine trees that grow wild and random rather than in neat rows in a farmed plantation setting are first-line targets for poison. Also on the Dirty Dozen hit list put out by DOC are wild ginger, English ivy, woolly nightshade, buddleia, banana passionfruit, and honeysuckle. That's just the tippy top of DOCs list of 350 “environmental weeds”. These are naughty plants! Pines dare to grow where farmers want grassland. Ivy, passionfruit, and honeysuckle dare to be vines in the forest where their presence may smother native plants. Buddleia dares to “exclude native species” (DOC’s words, not mine).

I find the attack-imported-species approach to conservation reductionist and limiting. Unlike Man, Nature does not single out specific species as good or bad, useful or unwanted. She is holistic, and allows plants and animals to thrive in appropriate ecological niches, recognizing their value. If a niche is vacant, she fills it so the whole ecosystem can function effectively.  When an ecosystem is thrown out of kilter, Nature adapts.  She has to. The success of an ecosystem is dependent upon the many roles and functions fulfilled by a wide variety of plants and animals, as well as the environment they inhabit. We as a species are just beginning to learn about all these connections.

New Zealand is a country of farmers and gardeners, plopped like Adam and Eve into the Garden of Eden of God’s Own Country. And, to be fair, this is an agricultural country with many highly-productive farms and some truly glorious gardens. But the concept of land management now goes way beyond the farm fence and the backyard garden into our supposedly-wild spaces. Where once Kiwi settlers brought their favourite plants and animals from “home” so they could enjoy them here, the “new age” thinking/fashion is to eradicate all those imported plants and animals to create a sort of mythical pre-European-human wilderness utopia. (Note, that's not pre-Maori;  early Maori burned off much of the country’s forests and are credited with 38 bird extinctions.)

Never mind that some of the native plants and animals that once thrived in New Zealand are now gone (the browsing moa, now replaced ecologically by deer and goats, is the largest and best-known example), or that the “best” and most habitable lands have been taken over by agriculture, criss-crossed by roads, dotted with towns and cities, splattered with windfarms, and altered forever. Never mind the mounding piles of plastic rubbish and old tyres, the air pollution from cars and trucks and woodfires, the phosphates and nitrogen runoff from the fertilizers and dairy cow poos and wees sinking into the soil and running down into our streams and rivers. Never mind the environmental impact of climate change.

Our world, and this country, is not what it was 100 years ago, 300 years ago, 500 years ago, 1000 years ago. Like it or not, the old pristine New Zealand wilderness is fast disappearing even in the very few places where it still, sort of, exists. We are in the process of terraforming a new landscape. The new, current goal is to create a landscape without “imports” (unless they're farm animals and plants firmly contained on farms). Plants and animals that have, like us, integrated into the new landscape and filled ecological niches, are no longer wanted. Unfortunately, the most powerful “tool” available for the goal of eradicating all these imports is poison. Hence regular aerial drops into our forest of killer poisons like 1080 and brodifacoum. Hence the rampant use of poisonous weed killers like glyphosate (Roundup), Interceptor and Versatil.

I’ll flick back to the beginning idea here. These are key assumptions:

Are both of these statements true? Is either of these statement true? Are they true even if their environment is whittled away and poisoned? Even if ecological niches are left unfilled?
Posted by Susan Thrasher at 17:38 No comments:

I want to start this post by saying that I am not a vegetarian. I grew up eating meat, all of my family eat meat, and most of my friends eat meat. A decade or two ago, I rarely thought about the meat I was eating. As a child I was uncomfortable with, even repelled by, the sight of deer carcasses hanging from the tree in the yard, but I always enjoyed the roast venison and succulent stews. My father killed them, my mother cooked them, and we had food on the table, for which we were grateful. I did not hunt myself. 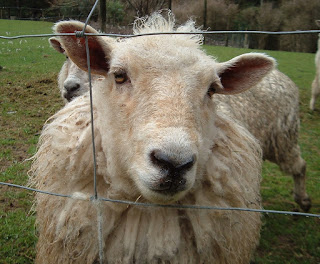 Later, living on a lifestyle block in New Zealand, I hated the autumn kill day when our 6-month-old lambs began their inevitable transition from paddock to freezer, but I was happy enough to eat the barbequed lamb chops and those glorious, melt-in-your-mouth glutinous lamb shanks, slow-roasted in a rich tomato and onion gravy, served with a heap of buttery mashed potatoes and a side of peas. Ah! See how easy it is to transform oneself from animal carer to foodie in less than a sentence? (And we will choose to forget the cries of the ewe mums standing at the fence in the paddock adjacent to the killing pen, mourning the loss of their babies. It is what it is.)

But as I grow older (certainly), and wiser (perhaps), I find myself increasingly uncomfortable with the dilemma of caring for and about animals, and seeing them as intelligent and sentient beings with as much right to live—and potentially as much meaning in their lives—as I do/have, and then eating them. Meanwhile, the historically-touted health benefits of meat consumption have dwindled down in modern times to nearly—if not totally—negligible. Meat consumption is linked to heart disease, diabetes, and several cancers, especially bowel cancer, and concerns grow regarding industrial farming methods and the use of GMO feeds and livestock feed additives, antibiotic use, animal welfare issues, water contamination, and animal waste.

“Does a cow value its life more than I enjoy a barbeque?” asks conservationist Damien Mander in this TED talk, and I think this is a question worth pondering. Because that’s what it comes down to.

More simply, a small child stages an act of defiance, crying “I won’t eat animals” and offering the persuasive argument "they don't really like being cooked" in this popular you-tube clip. (It's cute. Watch.)

Me? I don’t eat much meat anymore. I don’t even like it much anymore. I can no longer totally divorce in my head the meat on my plate from the animal that was killed to become this food ingredient I don’t need for my own health or survival or well-being. Still, when eating with friends, perhaps at someone’s house or at a restaurant without appealing vegetarian options on the menu, or when travelling, I will—mindfully—enjoy that roast lamb or Thai beef salad or cassoulet with chorizo. I am a bit of a “foodie” after all. And I’m not giving up my occasional (once a month or so) fish’n’chips anytime soon, though I include fish in my head as “animals”. But my own meat consumption is definitely down to “occasionally” and “mindfully”. It’s a compromise position.

Just my thoughts. Each of us will make our own choices, after all.
Posted by Susan Thrasher at 21:14 No comments: