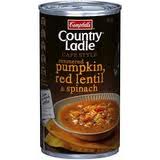 So I’m opening this can of soup, right? Its Campbell’s Country Ladle Cafe Style simmered pumpkin, red lentil, and spinach soup, imported from Australia, and I pause to check the list of ingredients. “Is any of the stuff in this can genetically modified?” I wonder. Some ways down the ingredients list, I find “modified maize[i] starch”. Now I don’t know if that’s genetically modified maize starch or maize starch that has undergone some other form of “modification”, but according to GMO[ii]-Compass, around 80% of the US maize/corn crop is GM and some 35 million hectares of GM maize/corn is grown worldwide,[iii] so I reckon there’s a reasonably good chance that the ingredient is genetically modified.

Farmers in New Zealand, though, are not growing GM crops, and GM crop research is limited. In April of this year (2012), anti-GM activists caused an estimated NZ$400,000 worth of damage by uprooting some 375 genetically-modified herbicide-resistant pine trees in a New Zealand research trial to prevent contamination with natural pine trees through cross pollination. An article in the New Zealand Herald[v] reporting on this event also noted that only nine field trials of GM crops have been approved in New Zealand in the past ten years. Compared to those in many other countries, New Zealand farmers have shown considerable reluctance to jump on the GM bandwagon.

Consumer resistance to GM foods in our key export markets and at home, public opposition to GM crop trials, and lack of public funding for GM research are cited by the Ministry for the Environment as key reasons why New Zealand farmers have not joined much of the rest of the world in embracing GM crop technology. At this time, no fruits, vegetables, or meats grown in New Zealand are genetically modified, and no GM seeds have been approved for release into the New Zealand environment[vi]. Which does not necessarily mean, however, that the roast chicken resplendent on your Sunday dinner table wasn’t raised on imported GM corn.

[ADDED October 2012: See my new post on the use of GM animal feeds in New Zealand.]

Getting back to the soup: it’d be pretty safe to say that if you want to avoid GM ingredients in your soup, and you live in New Zealand, make it yourself with fresh Kiwi ingredients and thicken with potatoes or extra veggies rather than imported cornflour. If you live elsewhere, raid your garden. I can almost guarantee it will taste better too. I give Campbell’s pumpkin, red lentil, and spinach soup two measly stars, and one of those stars is for the Parmesan cheese I sprinkled on top.


[i] Maize and corn are basically the same thing. Sweet corn is harvested before the kernels turn hard, and although it is technically a grain, we generally cook and served it as a vegetable. Maize is allowed to dry and harden as a grain and is then ground into flour or for use as animal feed. In some parts of the world maize or corn is called mealie. Some varieties are more suited for fresh use as sweet corn while others are best grown and dried as maize.
[ii] GM—genetically modified or genetic modification; GMO—genetically modified organism
[iii] http://www.gmo-compass.org/eng/grocery_shopping/crops/18.genetically_modified_maize_eu.html
[iv] http://www.mfe.govt.nz/issues/organisms/about-gm/food.html and http://www.foodstandards.gov.au/consumerinformation/gmfoods/gmcurrentapplication1030.cfm
[v] http://www.nzherald.co.nz/environment/news/article.cfm?c_id=39&objectid=10798737
[vi] http://www.biosecurity.govt.nz/regs/imports/plants/gmo
Posted by Susan Thrasher at 18:29 2 comments:

The Inextricable Links between Genetically Modified Foods and Agri-Chemical Companies—What’s the Short Version of the Story?

A couple of days ago I watched a 2008 documentary film called The World According to Monsanto. Until now, I’ve had this sort of vague understanding of what genetically modification is and acknowledged the general sort of discomfort that people have with the idea of genetically-modified (GM) food, but I’d not really looked into the issue. After all, we have GM products on our supermarket shelves and nobody’s died yet, so they must be reasonably okay, right? I mean, somebody’s surely looked at the effect of GMOs (the “O” stands for organism, incidentally) on test animals, haven’t they? And I sort of knew that there were issues that farmers had in some places with having to pay extra for GM seed from seed companies, but I didn’t cotton on (no pun—and it’s a bad pun—intended) to the whys and wherefores and links between GMOs, health, farming, profit, food safety, and a whole cornucopia (another bad pun) of unsavoury practices meted out by agri-chemical companies like Monsanto.

The doco, and it’s a good one, is written and directed by French investigative reporter/filmmaker Marie-Monique Robin and plays out like a good detective story. It goes something like this:
Monsanto, an American Fortune 500 agri-chemical and biotech firm headquartered in St. Louis Missouri, makes a popular herbicide (weed-killer, which means it’s designed to kill plants in general) called Roundup, which they have been marketing to farmers and gardeners for almost 40 years. In the 1990’s when biotechnology was all the rage, some Clever Clogs at Monsanto got an idea. If they could alter the DNA of common crops to make them resistant to Roundup, then farmers could spray their entire crops with Roundup herbicide, rather than using it as a side-dressing or only when necessary, and not worry about killing the plants they were trying to grow, and in the mean time, they'd kill all of the weeds that were competing with the crops. This would not only be a boon to farmers, who could grow their crops more productively and easily, but also to Monsanto, who could sell more Roundup. What’s more, thought these Clever Clogs, if Monsanto registered a patent on the GM seeds, then they could sell the GM seeds as well, at inflated prices, and made a double profit. Sweet!

But could they sell the concept of GM food to consumers? And what about the years of product testing that seemed inevitable before they could begin marketing? Monsanto approached the US Administration, then under the auspices of George Bush Sr., and asked for help in cutting through red tape and bureaucracy so they could fast track their research and  get the new GM seed to farmers. The world, they pointed out, is hungry and crying for more efficient food production.  And after all, genetic modification is just a rejig of existing plant DNA, nothing like promoting a new chemical or drug, and we know people consume DNA all the time. So what harm could there be in that?

The lobbying must have been pretty persuasive, because shortly thereafter the US Food and Drug Administration (FDA) declared GM and non-GM foods “substantially equivalent,” thereby exempting Monsanto’s GM foods from clinical trials. The first of their new biotech seeds, Roundup Ready soybeans, came to the market in 1996, to be followed a few years later by Roundup Ready corn, and later canola, cotton, maize, and sugar beet.

Researchers examining the effects of GM food on test animals who noted some disturbing abnormalities quickly found their research budgets slashed and publication of their negative findings discouraged. Some lost their jobs. With opposing voices squelched if not completely silenced, the Monsanto juggernaut armed itself with bags of GM seeds and barrels of Roundup and set out to take on the world. By 2007, some 90% of the US’s soybean crop was GM, and nearly 60% of the world’s[i] soy production; the majority of that is used in animal feeds and for cooking oil. Likewise in 2007, 90% of US cotton was GM, and 73% of US maize[ii], the latter modified to be resistant to both herbicides and insects. Worldwide production figures were lower but still significant. GM maize, like GM soy and cotton seed, is used primarily for animal feed and for ingredients like corn syrup commonly found in a range of prepared foods.

In the second part of the documentary, Robin talks with farmers in various GM-hotspots around the world to ask about the effect of Monsanto and GM crops in their lives. In India, where farmers were encouraged to grow GM cotton, a new blight has damaged crops and left them unable to pay back Monsanto for the seed and unable to provide food for their families. Farmer suicides in the area are common. In South America, skin lesions and a general malaise among peasant farmers is attributed to the effects of Roundup that is routinely and widely sprayed throughout rural areas, sometimes right up to houses. In Mexico, indigenous farmers growing traditional heritage corn crops worry about cross pollination and contamination from GM corn plants that bizarrely seems to sprout up out of nowhere alongside rural roads and the edges of their fields.

All in all, this is an intelligent and thought-provoking film and well worth a watch. Click on the film title  at the top of this article to watch it (its free). Food is an essential commodity for all of us. The deliberate genetic manipulation and mutation of our basic food sources by a multi-national company in the interest of corporate profit, apparently without significant regard for any potential damage that might be caused to health and—in the case of poor, rural communities dependent upon being self-sustaining—lifestyle, is disturbing at best, and terrifying at worst.

As of December 2011, the New Zealand Ministry for the Environment reported “To date no GM crops are grown commercially in New Zealand,” but genetically modified foods and products containing them can be imported into New Zealand, although they are supposed to be labelled as such. In many other countries, including the US, no label is required, so it is easy to imagine how a box of American breakfast cereal or cookies that contain GM ingredients could slip through to New Zealand supermarket shelves. Prepared foods containing GM ingredients, such as you might find in a cafe or restaurant, also need not be identified in New Zealand.[iii] There is some agriculture research with GM crops going on in NZ, and several watch groups raise occasional alarms about it. Australia has looser regulations which may impact New Zealand. More on this in a latter post.