The other day a friend made a comment on one of my Facebook posts referring to Agenda 21. Although I’d heard reference to Agenda 21 before, I really didn’t know much about it. This post is the result of my [admittedly cursory] exploration. Agenda 21, I discovered, is a really BIG topic that has huge ramifications for many areas of our lives. This post just touches on some of the barest basics.

Agenda 21 began as a 1992 UN resolution to encourage sustainable development. Defined by the UN, “Agenda 21 is a comprehensive plan of action to be taken globally, nationally and locally by organizations of the United Nations system, governments and major groups in every area in which humans impact on the environment.” Stated goals include the elimination of poverty, the protection of natural environments (earth, water, air), the encouragement of sustainable consumption, universal education, and gender equality. Most of us would find these goals pretty commendable, and a first impression might be “sounds sensible”. The problem comes with the implementation. 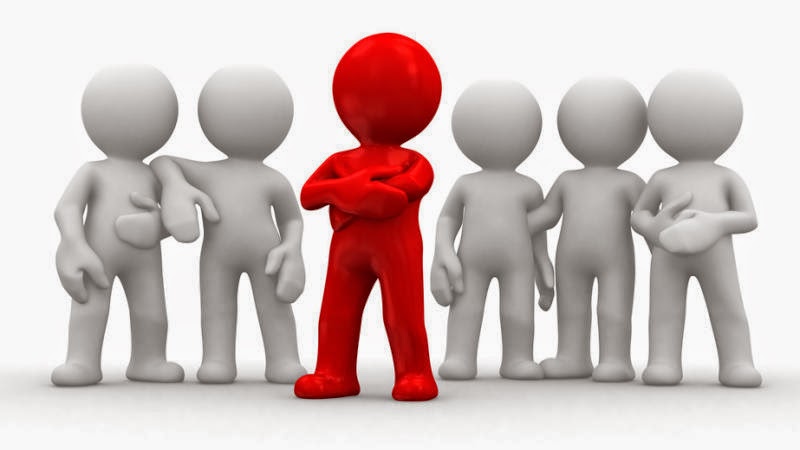 The biggest problem with Agenda 21 is a really fundamental one in terms of personal perspective. Do you perceive your life as all about you (ego, individual), or about mankind/planet-kind in general (the collective)? Do you cry, “me, my, mine” or “we, us, ours?” This is the fundamental conflict between the political Right (protecting personal interests) and the Political Left (socialist, collective, sharing, best choice for all) and its huge incumbent question, “Who has the right to make the decisions for the group as a whole?” No one likes being told what to do, and this is not necessarily “government of the people, by the people, for the people.” Agenda 21 implies the role of the UN, or some other international body, as being allowed to set up an overall framework and regulation for various communities, organisations, and even sovereign nations to support these UN  principles, without allowing for a system of checks and balances or democratic vote.

Three arenas where references to Agenda 21 frequently crop up in the conspiratorial media are global warming/carbon tax, land ownership, and population control. Briefly, these are the cases.


The IPCC (Intergovernmental Panel on Climate Change) has pushed the global warming agenda hard, and if you follow the money trail you’ll understand the idea of taxing people for pollution (carbon tax) is at the core. The UN, after all, is a big organization, and somebody needs to pay the piper. This is a global taxation to be leveed on [presumably] environmentally damaging development, and while the incentive (ahem, penalty) is to get folks to pollute less, it is based on two shaky assumptions: that CO2 levels in the atmosphere contribute to global warming (which is perceived as bad for all), and that man is the primary contributor to global warming through CO2 production. The facts that the earth has not been warming for 20 years, that CO2 is not only a minor player but that increased CO2 levels might actually be good for plant growth, and that although historically CO2 levels and temperature have been linked, correlation does not imply causality, a point which is becoming more evident as CO2 levels continue to rise while earth temperatures do not. All of these points have been blatantly ignored, sometimes out of ignorance, but more often for political and economic reasons. Science does not trump politics or economics in this case.

Land ownership is another big issue.  Agenda 21 documents identify private land ownership as a principal instrument of wealth and accumulation of wealth when land should be used [according to Agenda 21 precepts] in the interests of society as a whole. A startling map of the US identifying no-go and limited-access areas under the associated Wildlands Project “as mandated by the convention in biological diversity” caused more than a little alarm within the Republican Party and some factions of the Democratic Party when it became public. 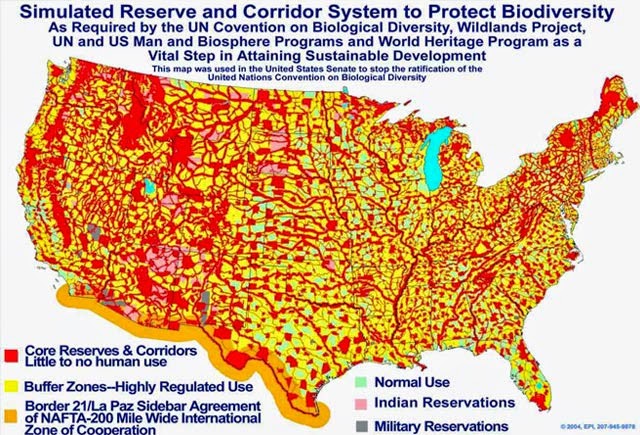 The Wildlands Project is being pushed by the International Council for Local Environmental Initiatives (ICLEI), another Agenda 21-linked organization active in 70 countries and committed to sustainable development through [opponents argue] the curtailment of individual choice in areas such as housing, transport, land access, and food. Again, this becomes an issue of mine vs. ours…does the “we” trump the “my”, and under what circumstances? And who has the power of decision and control?

A third area where Agenda 21 is raising eyebrows (not to mention concern, paranoia, and anger) is population control. While limiting population growth makes sense given the limited resources of this planet, enforced family planning on a personal level is also perceived as a violation of human rights. While Agenda 21 openly promotes general family planning and the widespread use of birth control, sterilization, and [safe] abortion, there are voices--few in number but compensatorially vocal--who believe that Agenda 21 provides a UN mandate for actively decreasing human population through various methods including warfare, fluoridated water, vaccines, pharmaceuticals, chem trails, GMO foods, pesticide/herbicide use, and deliberate or uncontrolled disease outbreaks (AIDS, Ebola, SARS, etc.).
While being rather alarmist and conspiratorial, this documentary on Agenda 21 and depopulation will leave you thinking, with news clips and quotes from the likes of Ted Turner and Bill Gates on the topic.


Although a more “leftist” philosophy in general, one can find both support for and opposition to Agenda 21 across the political spectrum. While raising awareness of how mankind is impacting this planet, our home, and suggesting positive ways forward to mitigate that impact, Agenda 21 also raises huge issues concerning individual rights and the granting of unprecedented global power to a few elite decision-makers. In a world where big corporations have more economic and political clout than many sovereign nations, I’d be really reluctant to hand over control of my life and environment to a few “wise” guys who think they know what’s best for me.

That’s my bit on Agenda 21 for now. For more reasonably-unbiased information and discussion on Agenda 21, I recommend Ben Davidson’s Suspicious0bservers site, although you have to be a paid member ($3/month or $20/year) to access this particular topic, listed under "premium content". (Most of Ben’s stuff is on planetary and space weather, and much is free to public access including his daily news.)

I also, in my flicks around the net, came across this interesting article on how bacteria (!) sometimes act for the collective good for the colony and other times operate out of self-interest. That’s way off the topic of Agenda 21, but I was intrigued by how the same I/we issue raised by Agenda 21 for humans exists even for single-celled creatures.
Posted by Susan Thrasher at 14:39 1 comment: