It’s summer in New Zealand, and although I’ve never had a mosquito problem around my home (camping is another story!), the flies can be annoying. Most of the time, this isn’t a big issue, but when I start cooking—or have the crock pot on all day with a stew or pot roast inside—they always show up.

If you’ve read other articles on this site, you’ll probably guess that I don’t much care for industrial poisons, so the fact I don’t use fly spray in my home won’t surprise anyone. In fact, it concerns me that on tv we’re seeing ads now for automatic fly sprays that send spurts of insecticide into your household air at regular intervals or whenever they detect motion. As if the insects are a greater threat to your health than the toxic chemicals released by these products.

Some years ago, I bought a little sticky flower-shaped bug-killing decal and I put it on the window in the kitchen. It looked and smelled benign enough, and I was curious if it would kill or repel flies. Big flies weren’t bothered by it much, but all summer long, the dead bodies of little flies and other insects gathered in a neat pile below the sticker on the windowsill for me to remove daily. At the end of the summer, I removed the decal and threw it away. For the next three summers—until I moved to another house and so I don’t know what happened after that—little piles of small flies and bugs would continue to accumulate on that corner of the windowsill. Clearly, the residual insecticide from that sticky decal was still killing bugs years after it had been discarded (and the window, of course, cleaned numerous times). Food for thought, isn’t it?

According to the US Environmental Protection Agency, three quarters of us use commercial pesticides inside our homes, and some 80% of the average person’s exposure to pesticides comes from inside the house[i]. Insecticides, however, are not species-specific. Although insects may be affected more quickly and completely than us humans or our pets—and do note that in the fine print on insecticide cans it says not to use the products in rooms with fish tanks—we are still affected by these toxic chemicals. Common side effects include irritation to eyes, nose, and throat, damage to the central nervous system, kidney damage, and an increased risk of cancer. Some pesticides can also cause headaches, dizziness, muscle twitching, and nausea[ii].

But what about the “natural” plant-based insecticides. Surely they’re safe. Yes? Well, no. Although the folks who make them try hard to convince us they are.

Plant-based insecticides are usually based around Pyrethrin, which comes from feverfew, or Pyrethrum, from chrysanthemums. Permathrin is a synthetic copy of these plant poisons. Like more traditional insecticides, these plant-based compounds can cause (for us humans) sneezing, coughing, wheezing and a runny nose in the short term, and can disrupt the endocrine system in the long term because they mimic estrogen.[iii] They are not recommended in homes where people have asthma or allergies.[iv] They are also carcinogenic, affect the liver and thyroid gland, and basically act as excitatory nerve toxins.[v]

What’s the alternative? Well, a good, old-fashioned fly swatter might not seem very trendy or hygienic, but it does the trick and it won’t affect your liver. I had a Labrador once who loved catching flies. And I’ve known a couple of teenage boys who took great delight in demonstrating their dexterity by catching flies with their bare hands.  If these options aren’t appealing or available to you, you can mix a few drops each of lavender oil and lemongrass essential oil on a soft cloth and wipe your windowsills with it—it smells nice and flies don’t like it. Eucalyptus oil and mint are also natural fly repellents.[vi]

Psychiatric Med Use Continues to Rise

According to Marika Hill’s article in the January 13 Sunday Star Times newspaper[i], prescription numbers for medication to treat depression, anxiety, and insomnia in New Zealand are up by 50% since 2007, with some 800,000 patients being treated. Given our total country population is around 4.4 million, that means roughly 18% of the people in New Zealand were prescribed medication for one or more of these issues last year. 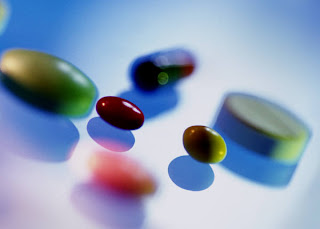 The most commonly prescribed antidepressant in 2011/12 in New Zealand, according to the article, is citalopram, with lorazepam the top anti-anxiety med, and zopliclone and triazolam[ii] most commonly prescribed for sleep. Although Hill assumes these prescriptions were for diagnosed “mental illness,” I suspect many folks prescribed these drugs would not consider themselves mentally ill, but the drugs themselves are considered psychiatric medications.

The sad thing is, none of these medications are cures for any condition. At best, they may ease an uncomfortable symptom of distress or dis-ease, most often because of their placebo effect[iii]. But regular users of these drugs often develop dependencies (aka “addiction”) and may suffer a variety of side effects ranging from relatively benign dry mouth[iv] to more dangerous suicidal tendancies.[v]

So if the drugs are barely effective and come with side effects and dependency risks, and we know this, why are prescription rates rising? It really comes down to time and money—and the fact we live in a quick-fix society. As one doctor in Hill’s article observed, “If a GP can give you some Prozac in a 15-minute consultation...it’s a really cheap option. It’s much cheaper than sorting out someone’s marriage. Let’s be honest, mental health treatment is time consuming, and time is money.”[vi]

There’s another side to the money issue as well. Pharmaceuticals are big business. Pharmaceutical companies WANT their customers to continue to need and buy their drugs because that’s good for company profits. They don’t want to cure you, they want to create long-term maintenance users. So they create and sell medications, often funded by government healthcare programs or insurance companies (so you, the consumer, don’t even have to think too much about the cost), that are quick to prescribe, easy to use, and hard to discontinue. It’s the perfect product from a marketing standpoint.

But there’s an even more worrisome side to this story. In 2010, Robert Whitaker published a landmark book called Anatomy of an Epidemic[vii], where he builds a strong case showing how psychiatric prescribing has actually increased the incidence of mental illness and generated long-term debilitation. He builds the case so thoroughly, you couldn’t even call it controversial. In this video, he’s interviewed about the book and his research.

The antidepressant story has been an important one for me personally. Determined to find out the truth about antidepressants, and most especially issues regarding dependency, I went back to university to do a master’s degree in psychology as a “mature student”, and in 2010 published my thesis on antidepressant withdrawal, which concluded “...antidepressants are not an adequate intervention to create positive well-being in patients, and their use comes with a substantial risk of unpleasant side effects, dependency, and the potential for residual post-drug health complications.”[viii] It seems that little has changed since then, other than prescription numbers rising.

Depression, anxiety, and sleeplessness are not diseases in themselves but symptoms of underlying problems. Pills alter brain and body chemistry and create changes, and can sometimes be helpful in acute cases, but they don’t fix the problem. For more on this theme, see my article on anxiety and depression, posted on my website. If you are bothered by stress (which causes anxiety and sleeplessness) or depression—and often these three symptoms come together—a good therapist or coach can help you resolve old issues or change long-standing habitual patterns that no longer serve you, and often it takes less time than you might imagine. You CAN fix the problem rather than mask it, avoiding the risk of dependency and side effects, and it needn't take years (or even months) or cost thousands of dollars, if you WANT to fix it.

For more information on psychiatric drugs and alternative ways to understand and resolve mental dis-ease (as in, lack of ease) see my new book Reframing Mental Illness.

[i] http://www.stuff.co.nz/national/8168147/Kiwis-popping-pills-at-alarming-rates is the on-line version of the article. The print version was similar but not the same.
[ii] If you are taking any of these drugs, or thinking about doing so, I recommend you do a google search and read up about them from several sites. You’ll find information provided by pharmaceutical companies, doctors, and user forums. Keep in mind that pharmaceutical companies want you to buy the product, most doctors have no experience using the product, and forum posters have experience with using the drug.
[iii] Kirsch and colleagues found 80% of response to antidepressant medication was duplicated in placebo arms of clinical trials. See http://psycnet.apa.org/journals/pre/5/1/23a/ and similar papers.
[iv] Not necessarily so benign, if the drugs are taken over a long period of time. Ask any dentist what happens to patients’ teeth with long-term use of drugs that cause “dry mouth”.
[v] This seems to be a fairly concise assessment of value vs. risk: http://www.helpguide.org/mental/anxiety_medication_drugs_treatment.htm
[vi] Psychiatrist Dr Siale Foliaki, quoted in Hill’s article, http://www.stuff.co.nz/national/8168147/Kiwis-popping-pills-at-alarming-rates
[vii] Link to the book and reviews at Amazon: http://www.amazon.com/Anatomy-Epidemic-Bullets-Psychiatric-Astonishing/dp/0307452425/ref=sr_1_1?ie=UTF8&qid=1358566128&sr=8-1&keywords=Anatomy+of+an+Epidemic  A really worthwhile, paradigm-shifting read.
[viii] http://researcharchive.vuw.ac.nz/handle/10063/1501
Posted by Susan Thrasher at 13:57 No comments: