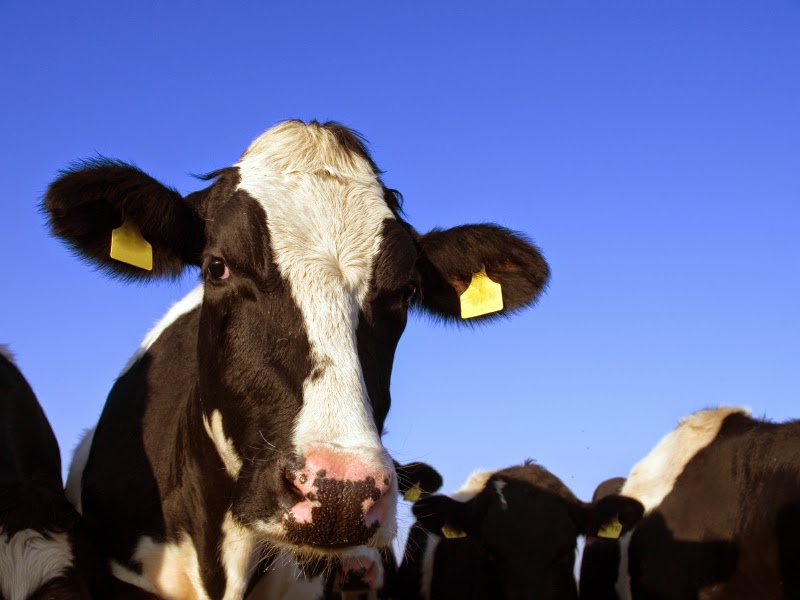 The mainstream media has sort of glossed over the mysterious illness and deaths affecting several hundred dairy cows in rural Southland in New Zealand, first reported in early September. Initially it was thought confined to just one farm and blamed on lead poisoning caused by the farmer grazing his animals on ground that used to belong to a gun club, but when similar symptoms[i]were reported from farmers elsewhere in Southland, on some 30-50 other farms, other options had to be considered.


The culprit, it appears, is the swedes (Swedish turnips, usually called rutabagas in the US) the cows were feeding on. Cold-loving brassica crops such as swedes and kale are often used as a primary feed for pregnant dairy cows in the colder areas of New Zealand where winter grass growth is poor, often grazed on site but sometimes provided as supplementary feed. New Zealand farmers have been feeding cows swedes in the winter for some years without problems (see here for a paper on this practice). Now there is a problem. Vets who examined strickened animals report severe liver and some kidney damage (see here).  So, what has made this year’s swede crop so deadly?


Green MP Steffan Browning has been investigating. He reported in a recent public Facebook Post “PGG Wrightson Seeds partnered with DuPont and Plant & Food Research to design Cleancrop Braccisca System which locks HT seed buying farmers into a high fertiliser, pesticide and herbicide regime which is light years from sustainable.”

Steffan goes on to say, “The Best Practice Guide directs grazing of glyphosate and broadleaf herbicide sprayed pasture ahead of planting with their seed treated with a systemic insecticide and two fungicides, in heavily nitrogen and phosphate fertilized land and then either pre or post-emergent spraying with DuPont's Telar chlorsulfuron herbicide and an insecticide.”


Plant seeds that are resistant to herbicide screams GM (genetic modification, or GE—genetic engineering) to me, although Steffan says they claim it is “mutagenesis rather than GE”—fine lines drawn in murky waters,[ii] I reckon. New Zealand food crops are supposedly GM-free (see my related posts Genetic Modification in New Zealand and Genetically Modified Animal Feeds Used in New Zealand and  Why Genetically Modified Foods Are Big News). Is this, to use an old cliché, a thin edge of a wedge?

The issue of treated seed—seeds infused with systemic insecticide and fungicides—is an equally disturbing issue. I’ve seen a couple of articles lately (like this one) about grass seed. You know, if you go to your local garden centre, your grass seed now comes in pink, blue, or green, but plain, uncoated seed is only available online from a few places. That colourful chemical coating is to supposedly discourage bugs, fungi, and birds from eating or damaging your seed, but it comes at a peril. An article I read recently—I think it was in Organic NZ, but it might have been an item on tv One’s Rural Delivery—talked about how clover treated with systemic insecticide produces flowers that are toxic to the very bees needed to pollenate them (and presumably, what pollen makes it back to the hive becomes a honey contaminant). Yet farmers, like home-owners, are increasingly coerced into buying pesticide/fungicide-treated seed due to an increasingly limited availability of untreated seed. (See Ravensdown website for an example, where treated pasture seed is recommended to farmers.)


Downstream from all this on-the-farm business is our food supply. A few hundred sick cows on Southland dairy farms don’t even make 3rd page news in the major daily newspapers. It’s just “farmer stuff”, and editors are probably right in assumed the average urban or suburban Kiwi isn’t all that interested. But they should be. Although the cows on the first farm in this story (the supposedly lead-poisoned ones) were put down, I find it unlikely that farmers on the other 30-50 affected farms—once lead shot had been ruled out—were as likely to do a blanket cull of their dairy cows, nor to make major changes in their overall farming practices (other than take the cows off the swedes).

So, once these cows calf (assuming they recover), will the milk from these cows be tested? Will the milk go into our milk supply? Will the cows be slaughtered and the meat end up in your dog food? Should our dairy cows be grazing pastures that have been heavily dosed with herbicides and insecticides? Are these the same swedes and kale going into our supermarkets for human consumption? Should you be eating swedes and kale? Are the swedes and kale on your table (or the kale leaves in your “healthy” green juice) full of fungicides and systemic insecticide? Is the clover honey you spread on your toast a safe, pure product? What other fruits and vegetables on your plate have been grown with modified seeds and heavily dosed with pesticides and herbicides?


You can rest assured that the powers that be will assure everyone that our food supply is safe, but the truth is, little food is tested for anything unless a problem shows up. Since people eat a more varied diet than cows, whole populations are unlikely to suddenly turn sick, and who wants to test for causes of problems that aren’t even apparent? Furthermore, humans experiencing compromised livers or kidneys, for example, would hardly consider their diet as a likely cause. Food, we assume, causes gastro problems, right? Not organ damage. But is that a reliable assumption?


Sick cows in Southland ARE a big issue—and these were sick enough that some died. That should be regarded as a warning not just to farmers, but to us all.
[i] Weight loss, irritability, restlessness, photo-sensitivity, general malaise.
[ii] A deliberately obtuse and absurd metaphor
Posted by Susan Thrasher at 17:27