Of possums and a serendipitous juxtaposition 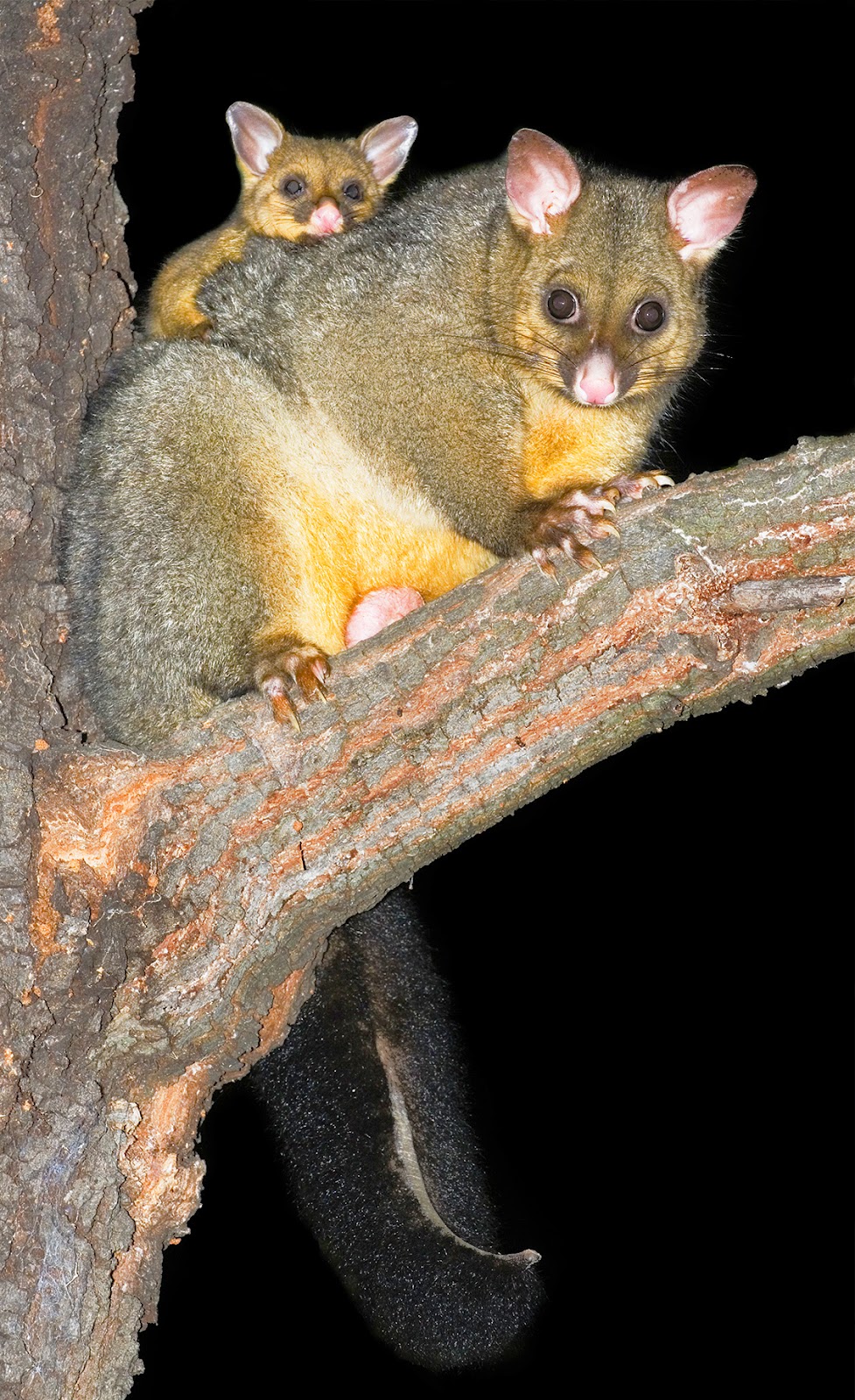 It seems more than slightly bizarre that I should begin blogging about something as inane as the possum. This comes about, as many things in life do, through a serendipitous juxtaposition of two things. Firstly, I heard a possum the other night, and it made its presence known over several subsequent nights, its banshee chitterings, growls and shrieks cracking the darkness from the newly-leafed spring trees outside my bedroom window. It’s the first time I’ve heard a possum in several years, although we are surrounded by forest and they are touted by conservation groups as a pest species supposedly present in plague proportions, out to decimate our forests.

I don’t share the seemingly universal Kiwi hatred of possums. I grinned and snuggled under the covers and thought, “Sing out, Little Man. It’s nice to know there are still a few of you left.” And I wished him well.

Secondly, about the same time, I picked up a book off the “new books” shelf in the local library called The Third Wave: Poisoning the Land by W F Benfield, a vintner and conservationist currently living in the Waiarapa. In it, the author explores the changing landscape, biodiversity, and disruption of ecosystems in New Zealand from pre-human occupation, through Maori settlement and European colonisation, to the present dream for the land, which seems to be to return New Zealand—the forest anyway—to a pre-European (but not pre-Maori) state. He challenges many of the paradigms promoted by current government bodies (especially the Department of Conservation and the Animal Health Board), and comes down very hard on the use of 1080, a particularly nasty poison that is routinely aerial dropped onto New Zealand forests, ostensibly to kill off possums. Toxic not only to possums but to all oxygen-breathing animals including mammals, birds, fish, worms and insects, 1080 causes a slow and extremely painful death when ingested as primary bait, or over time by secondary consumption of scavenged 1080-kill corpses. More on that, perhaps, in a subsequent post.

I find it sad that the possum, although protected in its native Australia, is the focus of so much venomous hatred in New Zealand that we are willing to poison a whole ecosystem in an attempt to control (ideally eradicate) it. It’s been a long time since I’ve heard a possum, and a long time since I’ve seen a possum as road kill, both of which were common twenty years ago.

Out of sync with main-line thinking, I think of Maintrunk Country Roadsong by Kiwi poet and raconteur Sam Hunt:

Driving south and travelling
Not much over fifty,
I hit a possum ... “Little
Man,” I muttered chopping
Down to second gear,
“I never meant you any harm.”

My friend with me, he himself
A man who loves such nights,
Bright headlight nights, said
“Possums? Just a bloody pest,
They’re better dead!”
He’s right of course.

So settling back, foot down hard,
Ohakune, Tangiwai—
As often blinded by
The single headlight of
A passing goods train as by
Any passing car—

Let the Midnight Special shine
Its ever-loving light on me:
They run a prison farm
Somewhere round these parts;
The men always on the run.
These men know such searchlight nights:

Those wide shining
Eyes of that young possum
Full-beam back on mine,
Watching me run over him...
“Little Man,
I never meant you any harm.”
--Sam Hunt

Little man, I mean you no harm either.
Posted by Susan Thrasher at 14:47